New residents bring cultural and economic contributions to our Region. This map shows estimated migration into the Region from other counties in Oregon and across the U.S.

Migration From Within the Region and State

Taking a closer look at the U.S. Census Bureau’s estimates of migration between Oregon counties, most movers in the Region are people who have moved to a different residence within the same county. Among people who have moved here from outside the Region, the majority (over 12,000) moved from another county within Oregon (see the list below and the map above). Most movers to the Region from within Oregon came from Marion, Lane, and Multnomah Counties.

Of the estimated 10,352 people who moved to the Region from outside of Oregon, approximately 1,675 moved from outside of the United States. Most of these individuals are students attending Oregon State University (OSU). 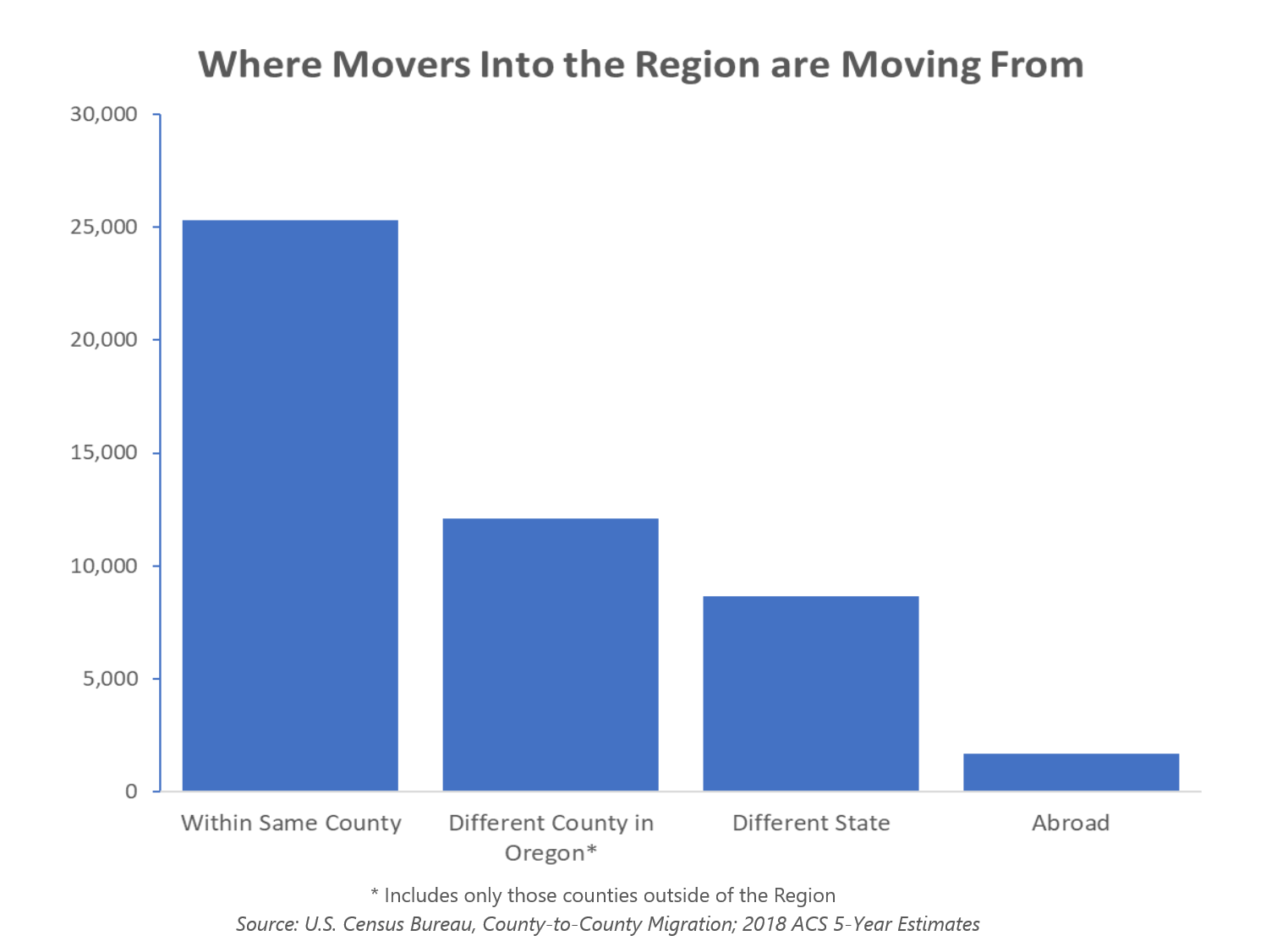 According to the U.S. Census Bureau’s 2018 County-to-County migration estimates, the largest influx of people moving to the Region from outside Oregon – but from within the U.S. – comes from Riverside County, California. However, when we consider those from outside the U.S., the top place people move from is Asia.

Data on international student enrollment at OSU provide insight into the large proportion of movers coming from Asia. For example, the number of students from China has increased from 131 in 2007 to 1,499 in 2017.

For more information about international students, see the connectivity map on Looking Ahead. 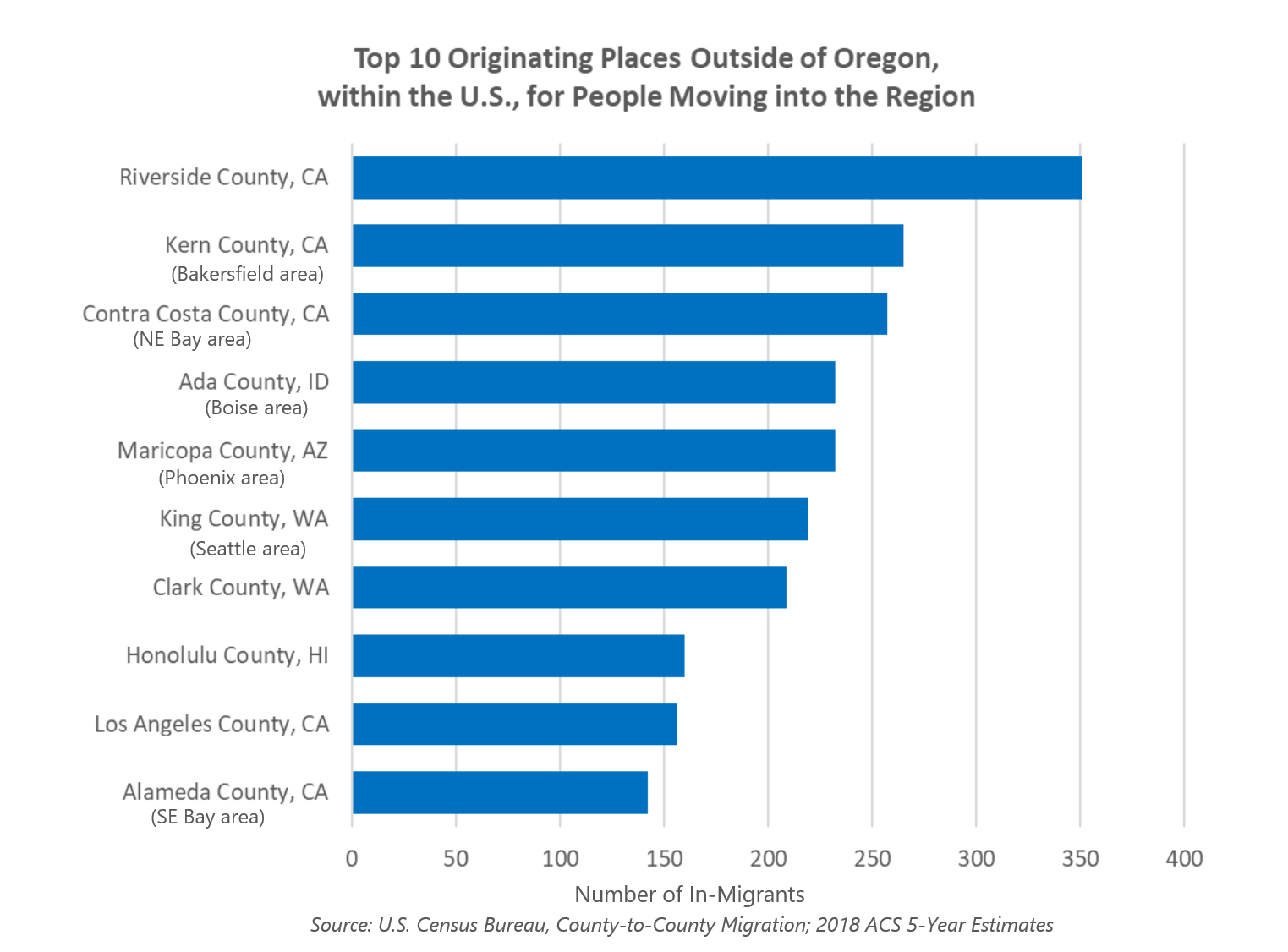 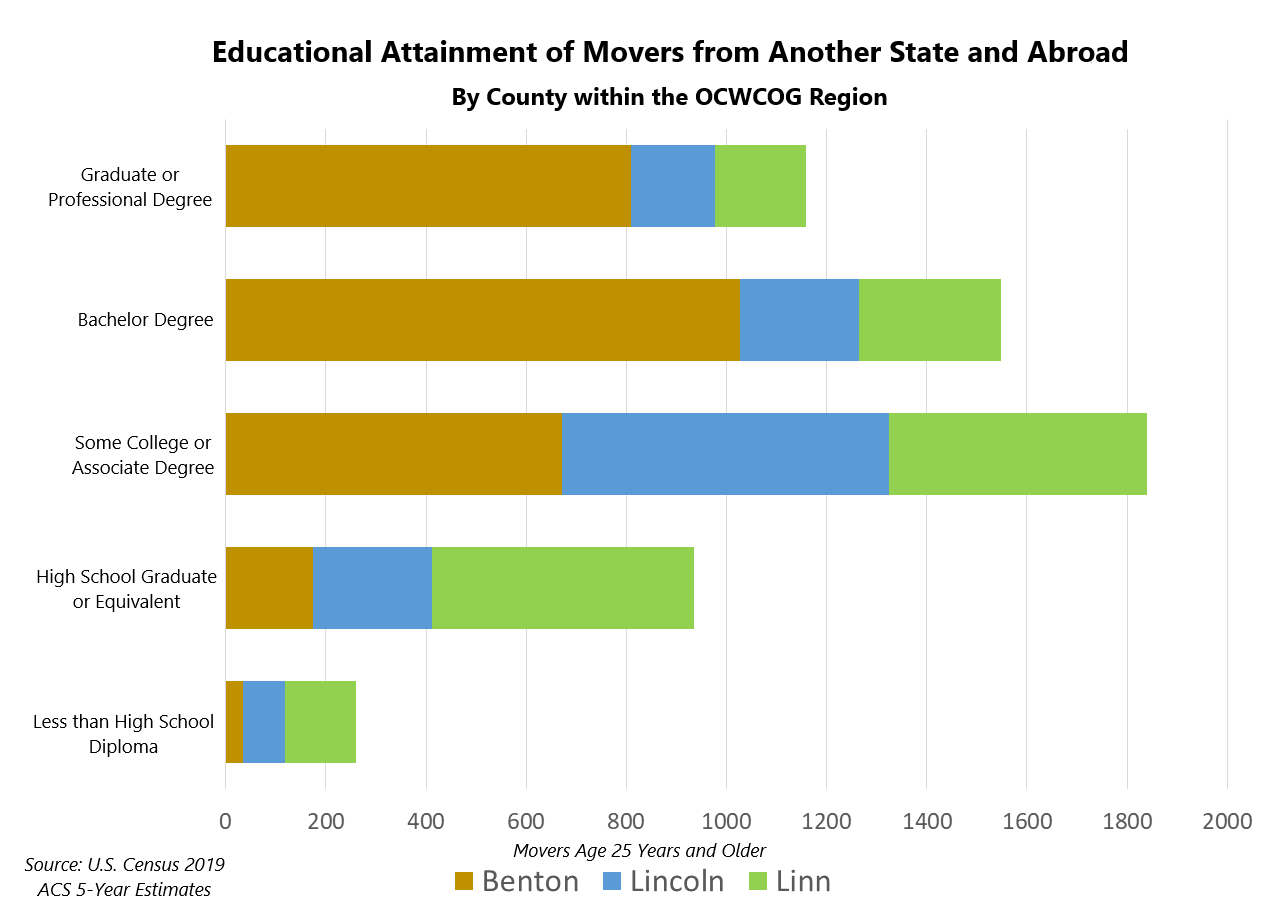 Where do Oregon State University Students Go After Graduation?

Alumni data from OSU show that five years after graduation, most OSU graduates are still living in Oregon, with California and Washington coming in second and third as places of residence. Within Oregon, 28 percent are still in the region, contributing to our region’s communities, economy, and culture.