The Region has a complex job and employment base with varied levels of skills and educational attainment that may or may not reflect the needs of current and emerging industries. The types of jobs in the Region have changed over the past few decades, with a robust timber industry (see Food Access and Agriculture for more details) being replaced with service and professional jobs. According to the U.S. Bureau of Labor Statistics (BLS), the highest-paying jobs are in the manufacturing and information sectors. 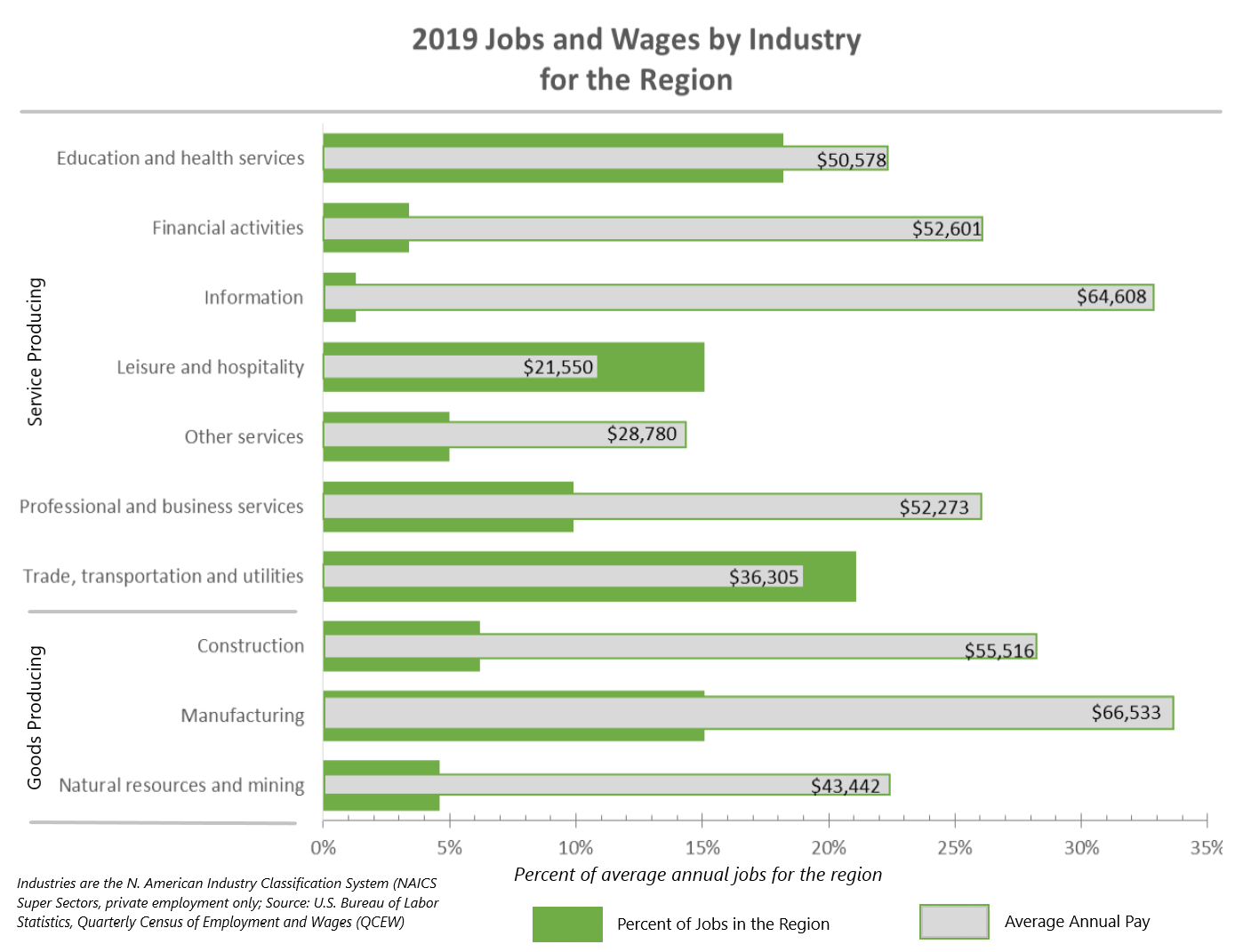 2019 Jobs and WagesBenton County
2019 Jobs and WagesLincoln County
2019 Jobs and WagesLinn County
A review of the North American Industry Classification System (NAICS) top-level private-sector industry data for the Region shows that the service-producing industries employ the most people, with an average annual wage of $39,478. The top category by number of jobs — Trade, Transportation, and Utilities — includes all retail trade, wholesale trade, transportation, and warehousing. The highest average annual pay, however, is in manufacturing ($66,533), which accounts for 15 percent of the jobs in the Region (almost double the 7.5% rate from 2014).
Download this section as a PDF(Without the special online-only content)

For 2019, at 18.5% our Region is slightly lower than the State (20.8%) and national average (19.8%) for the percentage of the population age 25 and older that has a bachelor’s degree. Visit Migration to see additional information about educational attainment in our Region.

Our Region is estimated to have a high proportion of adults, over 37 percent, with some college or an Associate degree, when compared with the national average (29%).

Refer to Community and Health Indicators for high school graduation rates in the Region. 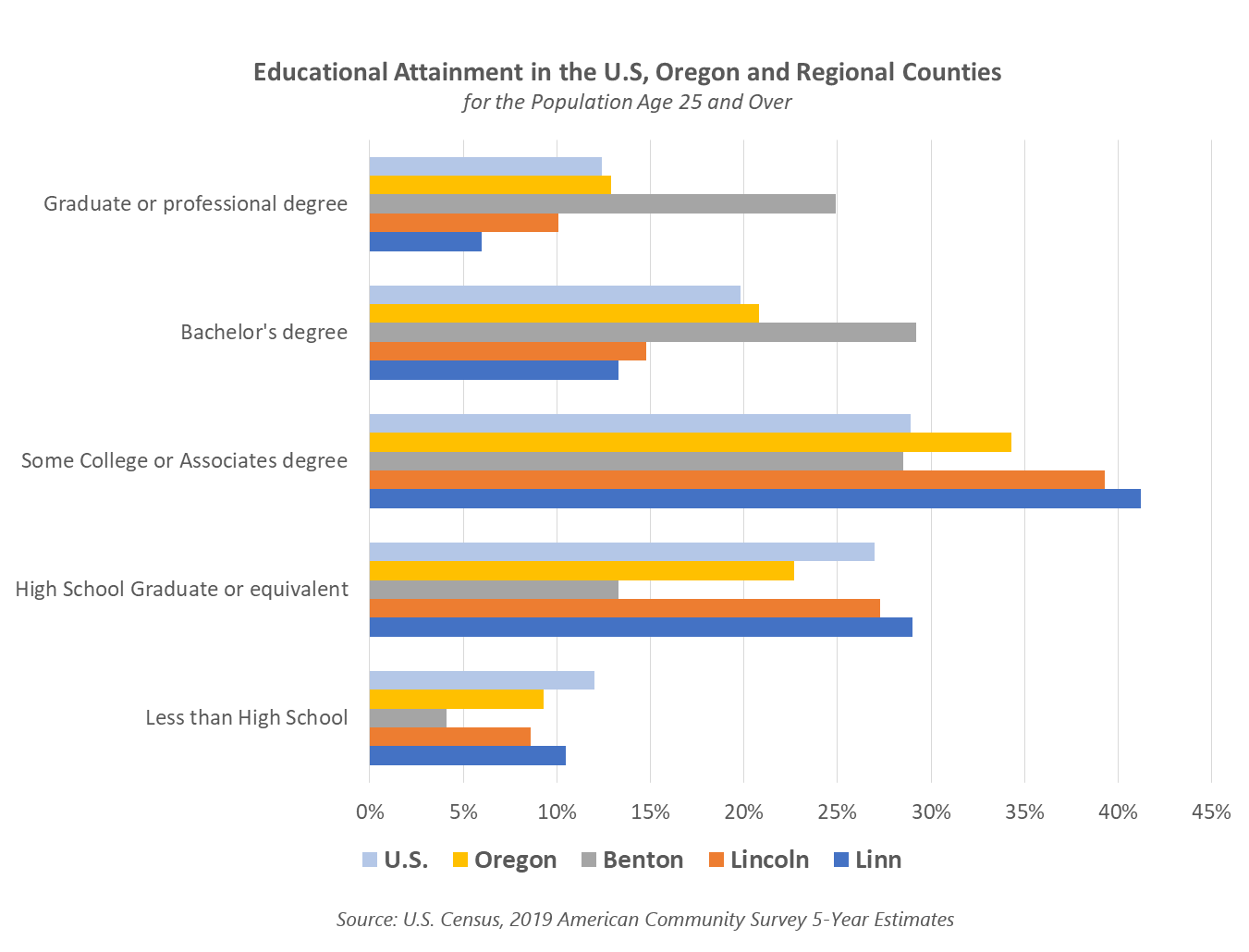 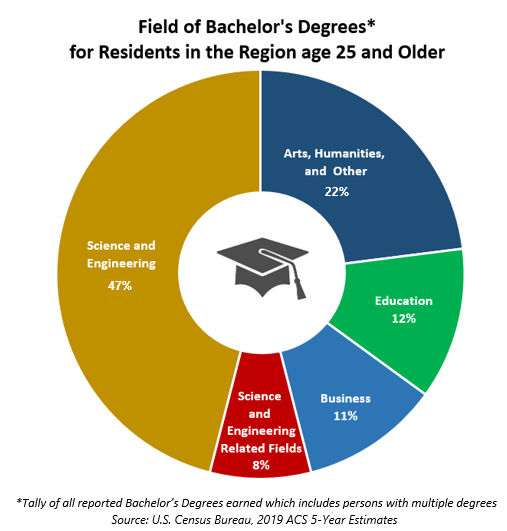 Data from the U.S. BLS show that since 2010, the number of business establishments in the Region has increased by nearly 16 percent. There were 8,027 establishments in 2019, more than the highest pre-recession annual average of 6,879 in 2007. Service-providing industries have the most establishments, 80 percent, with the Trade, Transportation, and Utilities industry making up most of businesses. 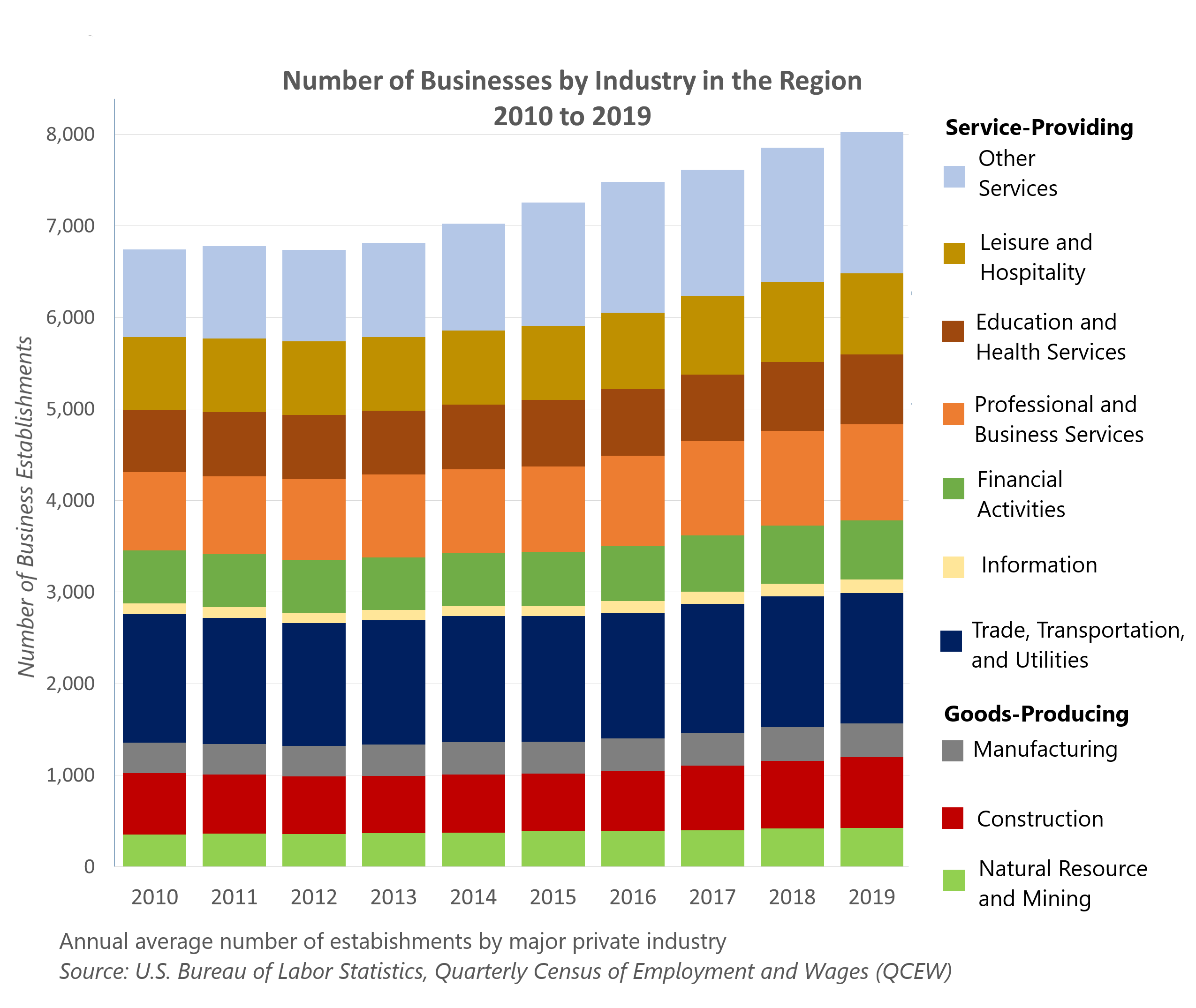 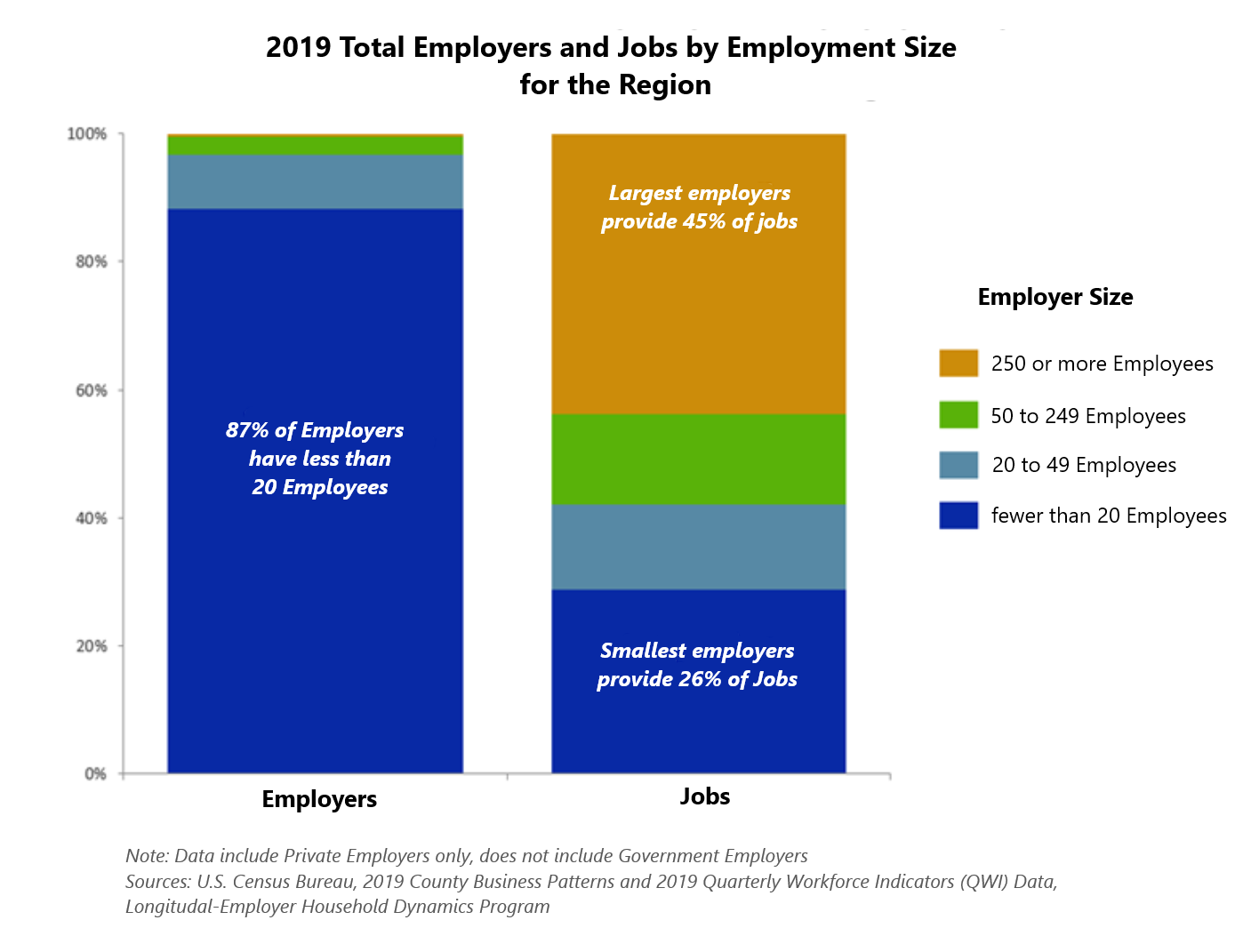 Top 10 Employers by Number of Jobs

Middle-wage jobs in Oregon and nationally have grown slower than high- and low-wage jobs since 1980. However, middle-wage jobs have shown strong growth in the Region since 2014. 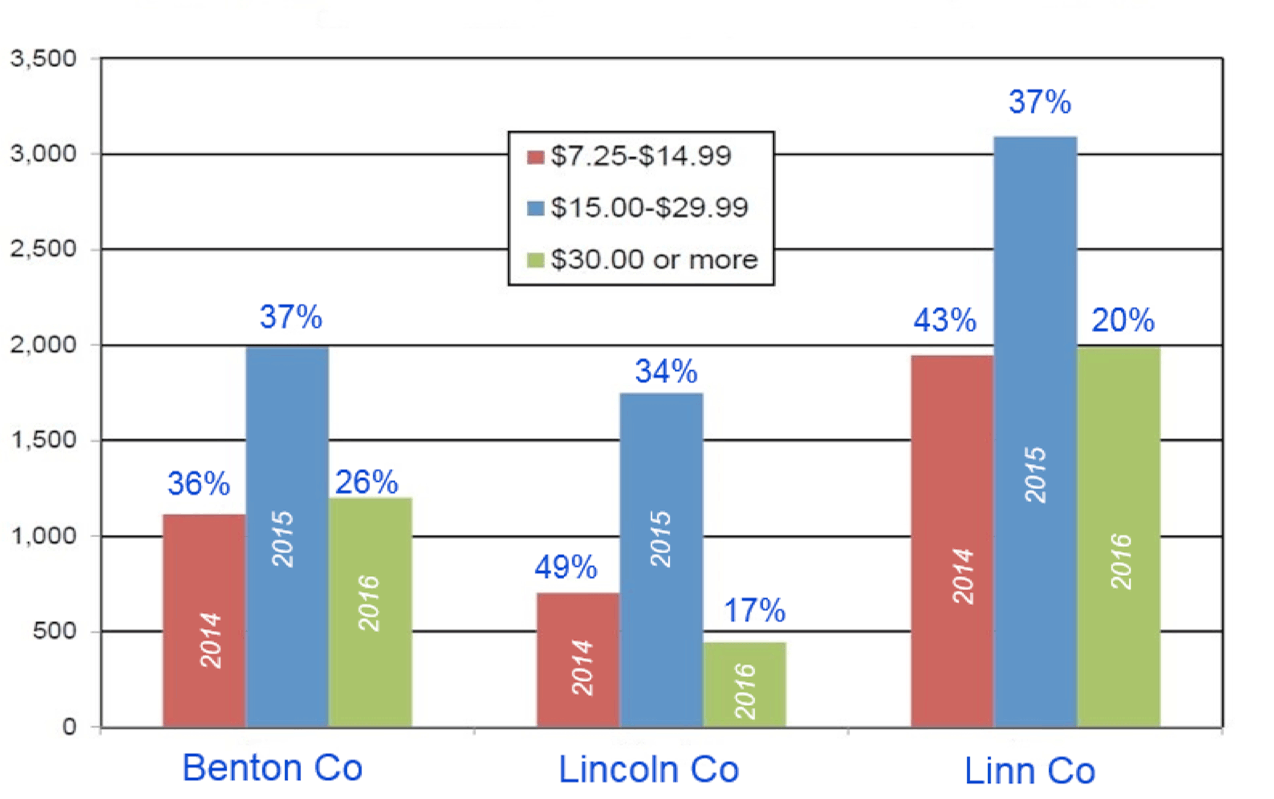 Based on State projections, Health Care should add the most jobs in the Region over the next several years – its pace of growth largely driven by an aging population. In fact, seven of the top 10 fastest-growing specific occupations in the Linn and Benton County area with more than 50 openings are in health care (see chart).  Construction growth will continue due to high demand and low inventory. The slowest-growing industries include Manufacturing and Financial activities. 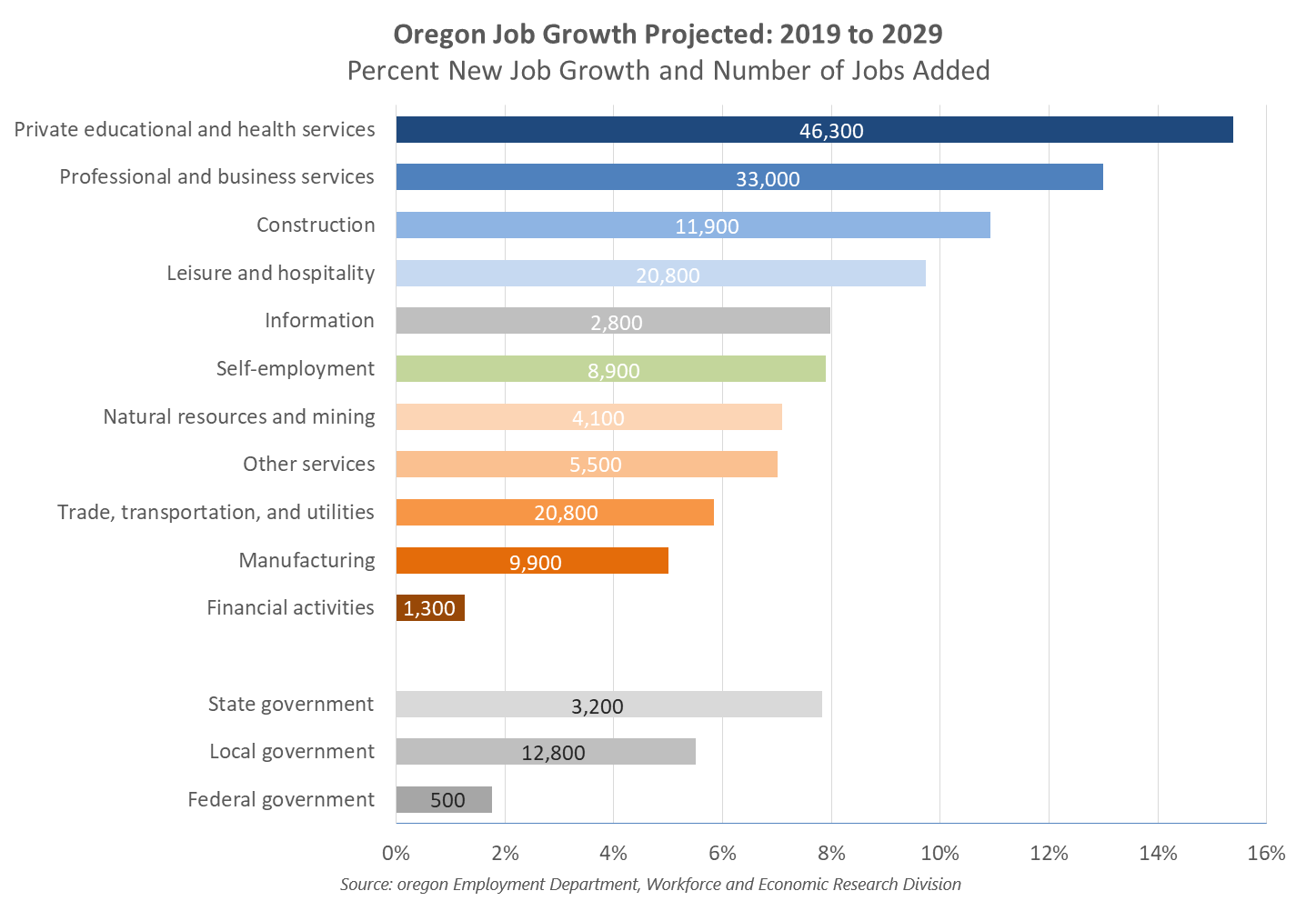 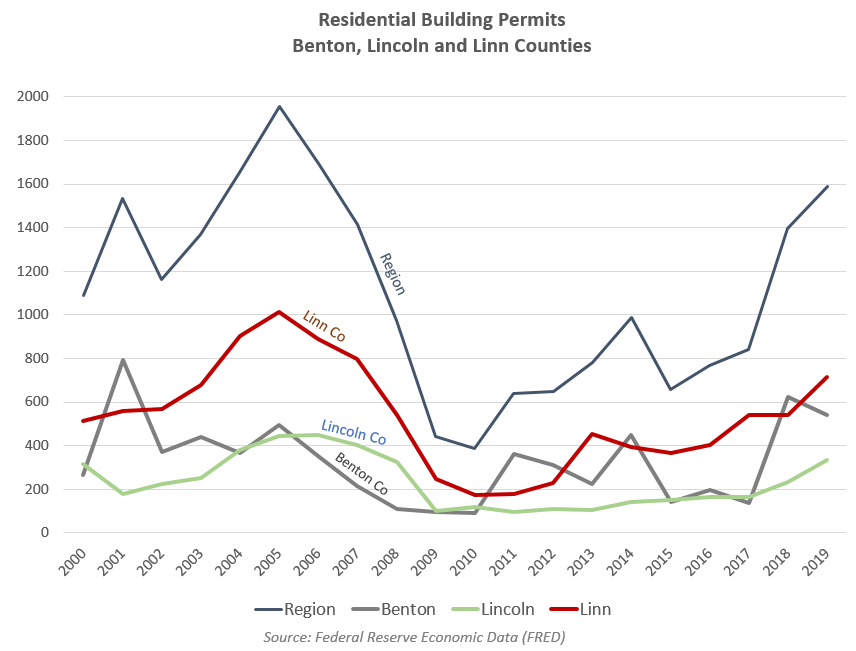 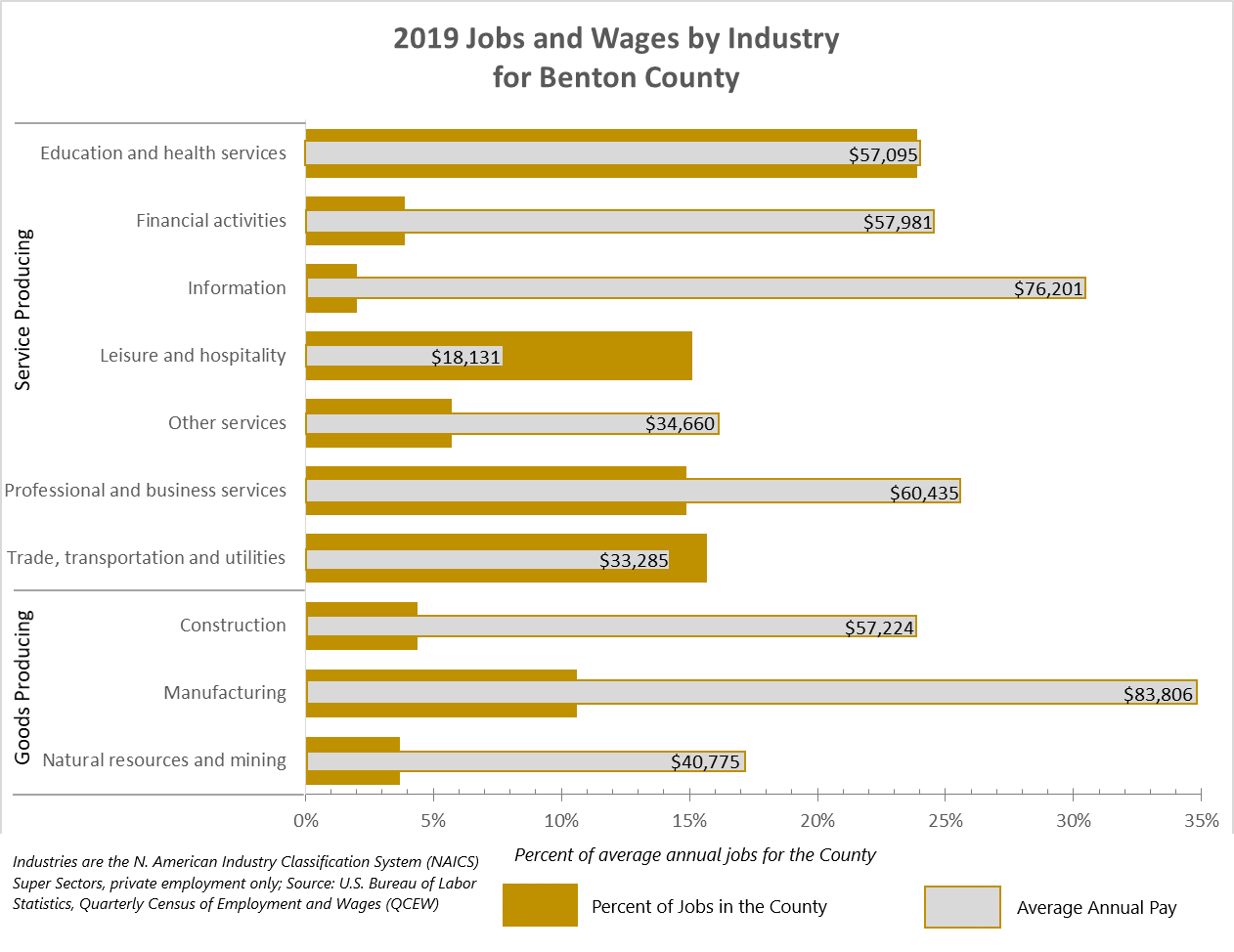 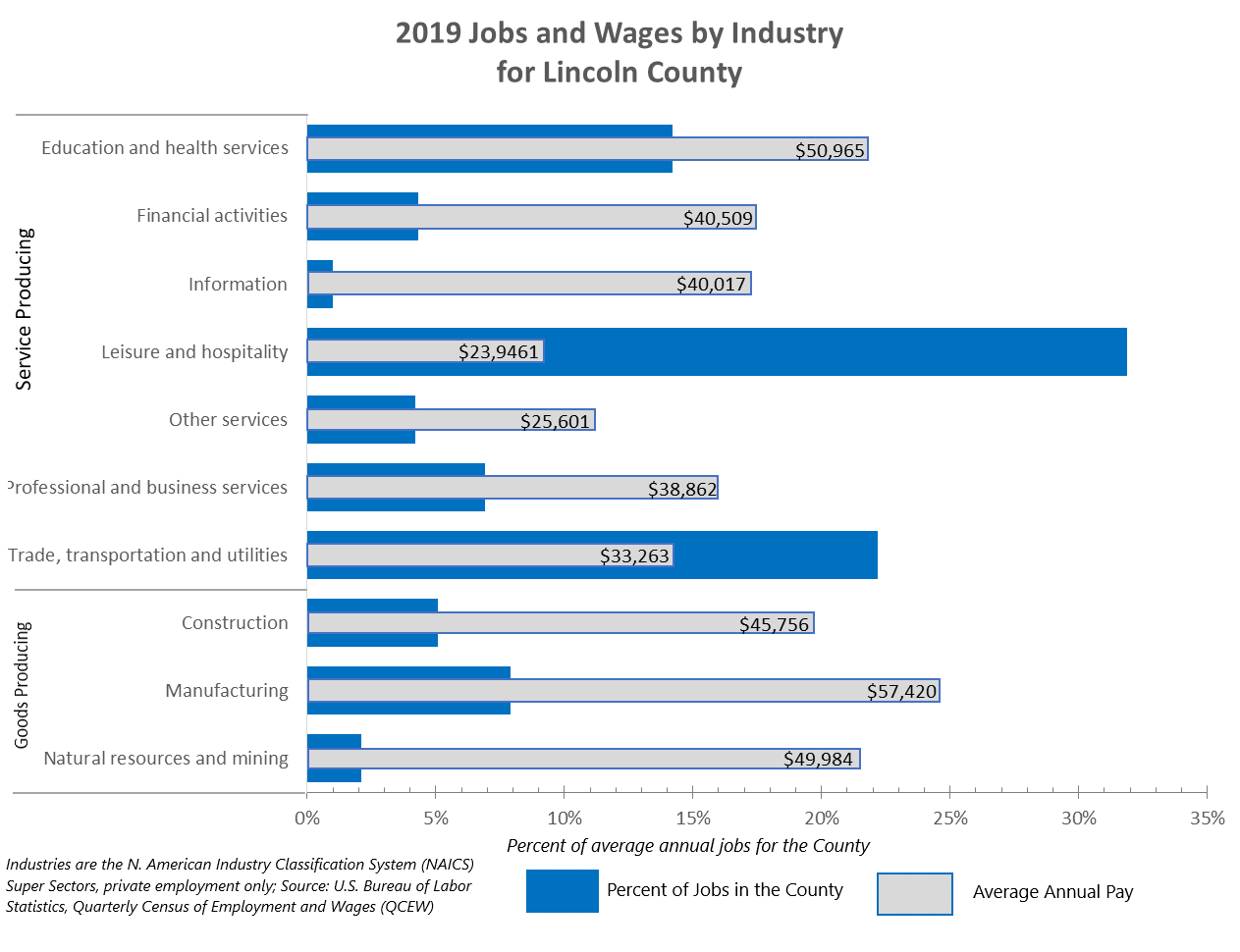 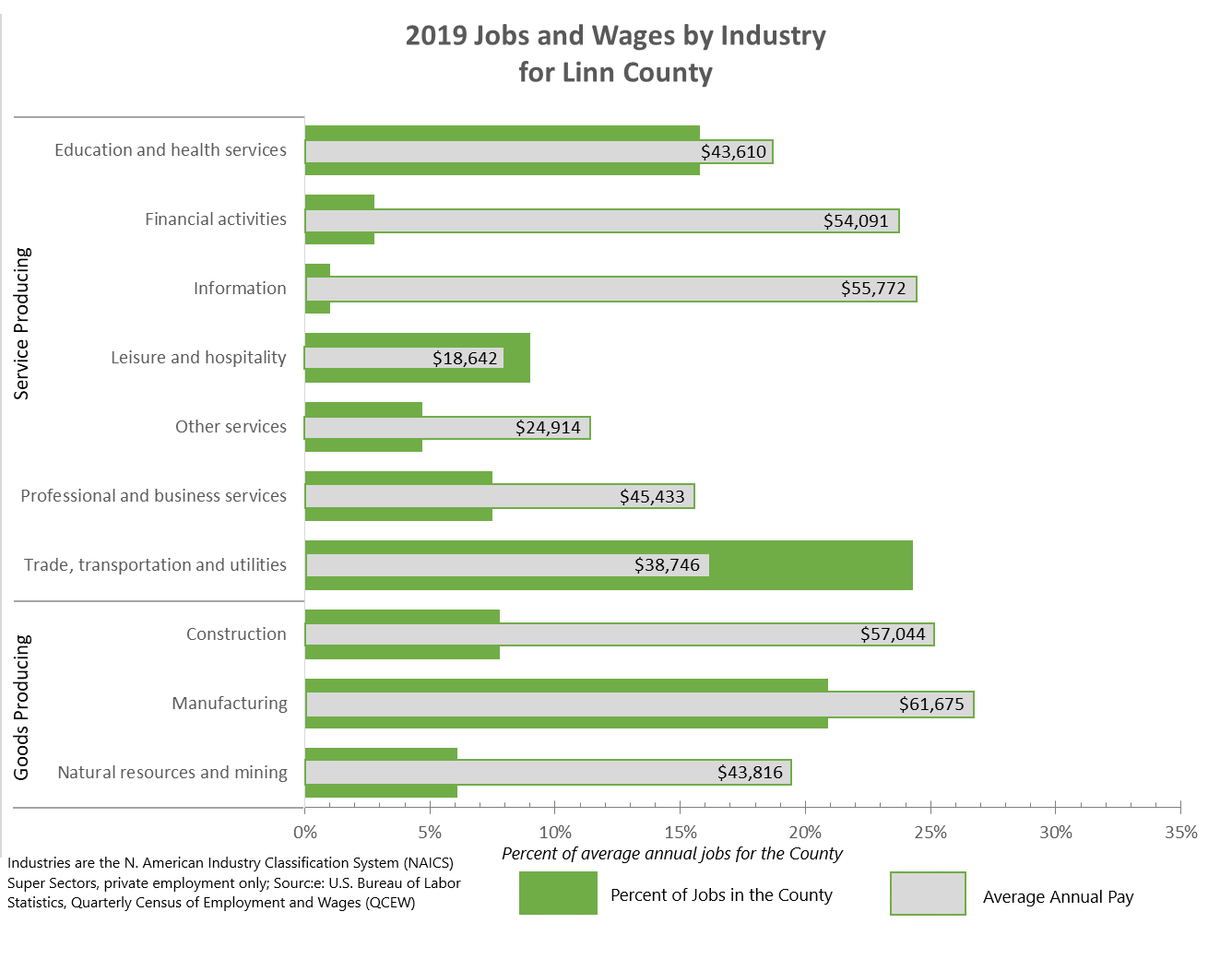