With actions ranging from whale watching to wine tasting, and from bicycle tourism to famed country music festivals, Benton, Lincoln, and Linn Counties captured $792 million in combined tourism revenue in 2016. Food and beverage spending accounts for the largest share at $194 million in the Region. 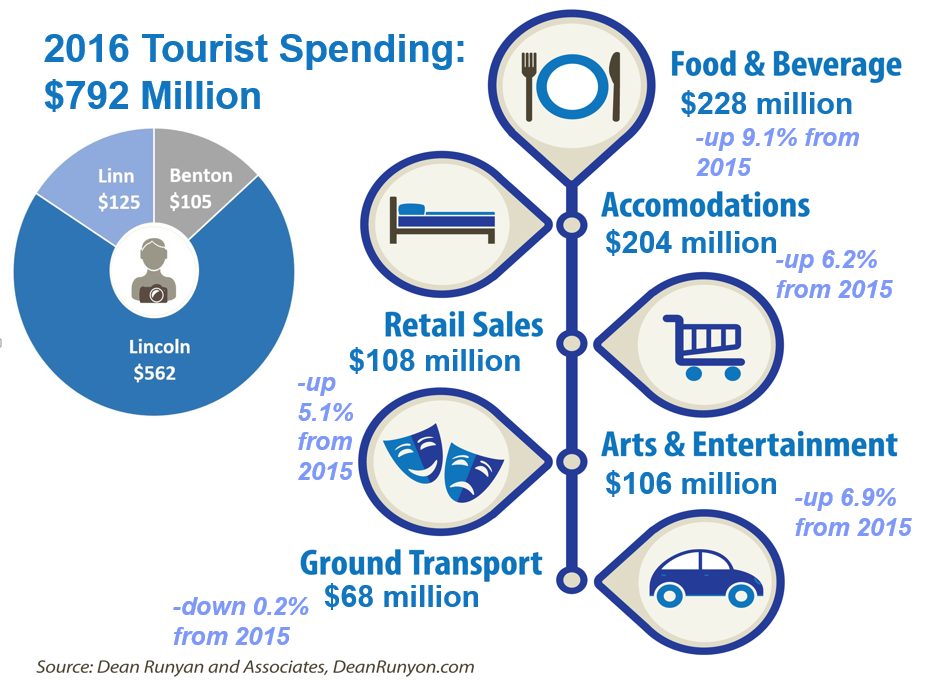 Wine grape production and acreage in the Region has increased over the past decade, as shown in the chart.

Wine Grapes in the Region 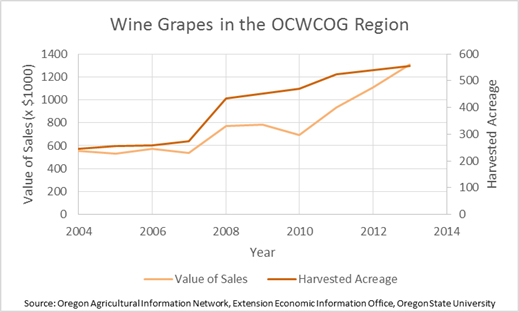