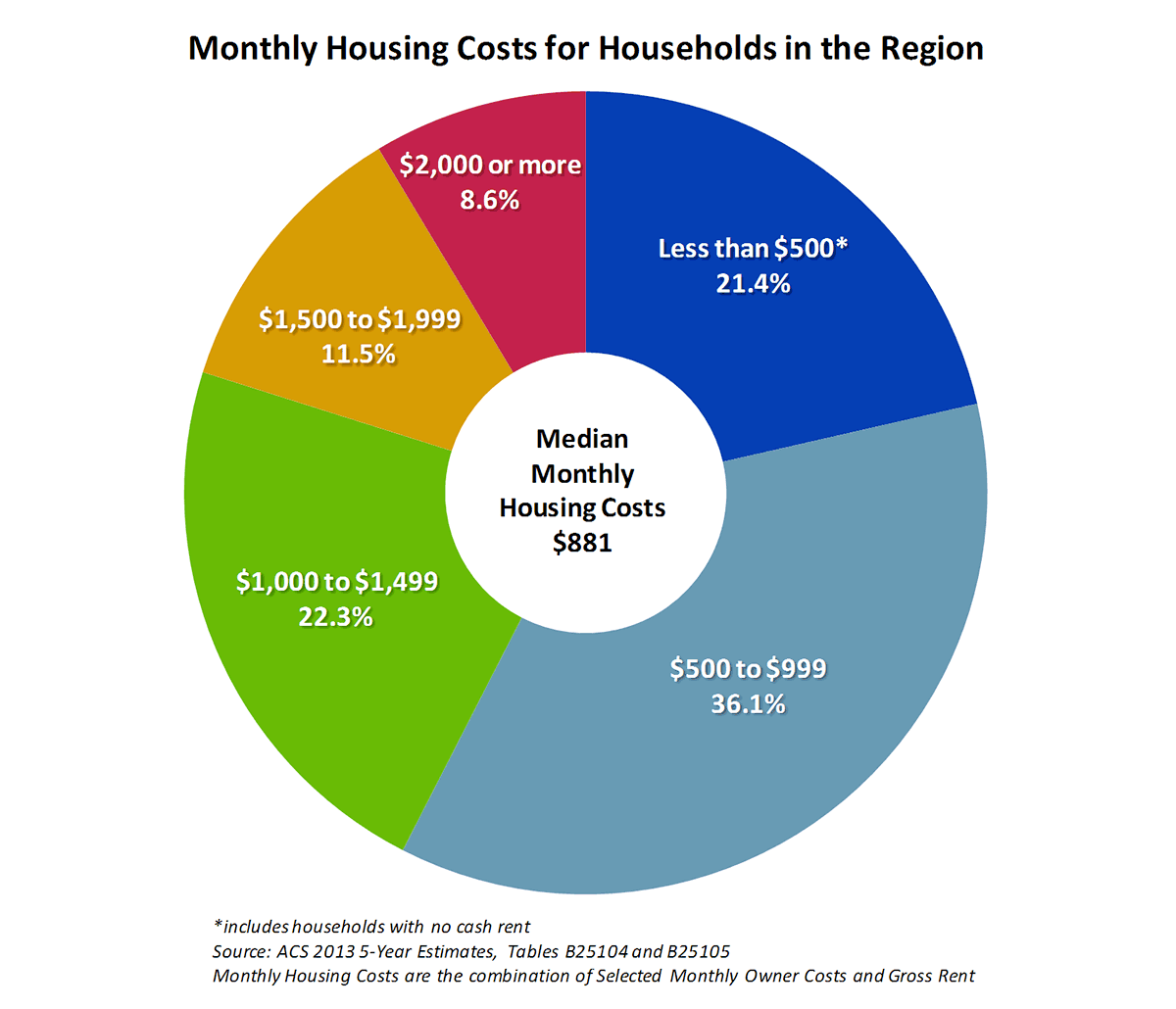 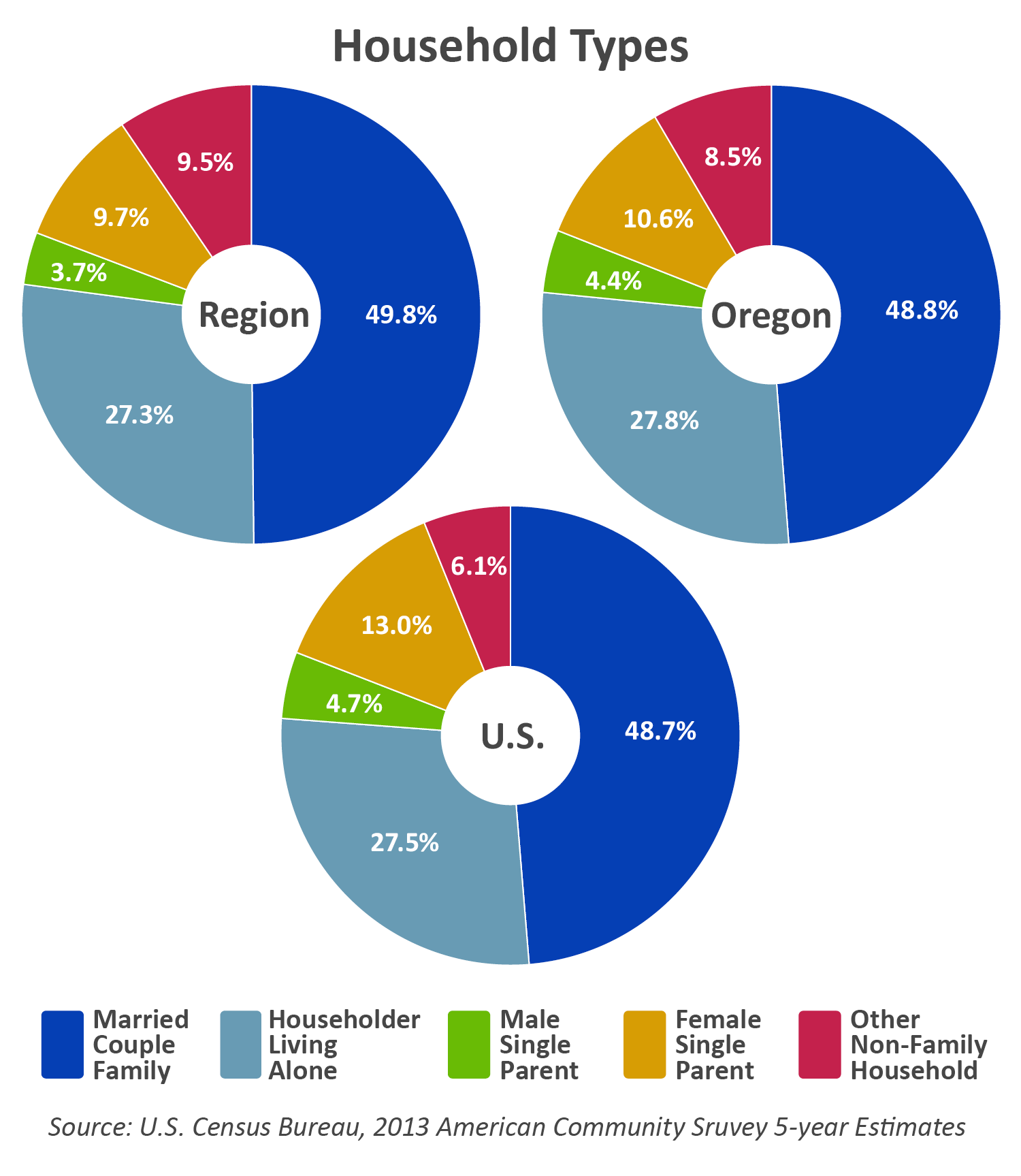 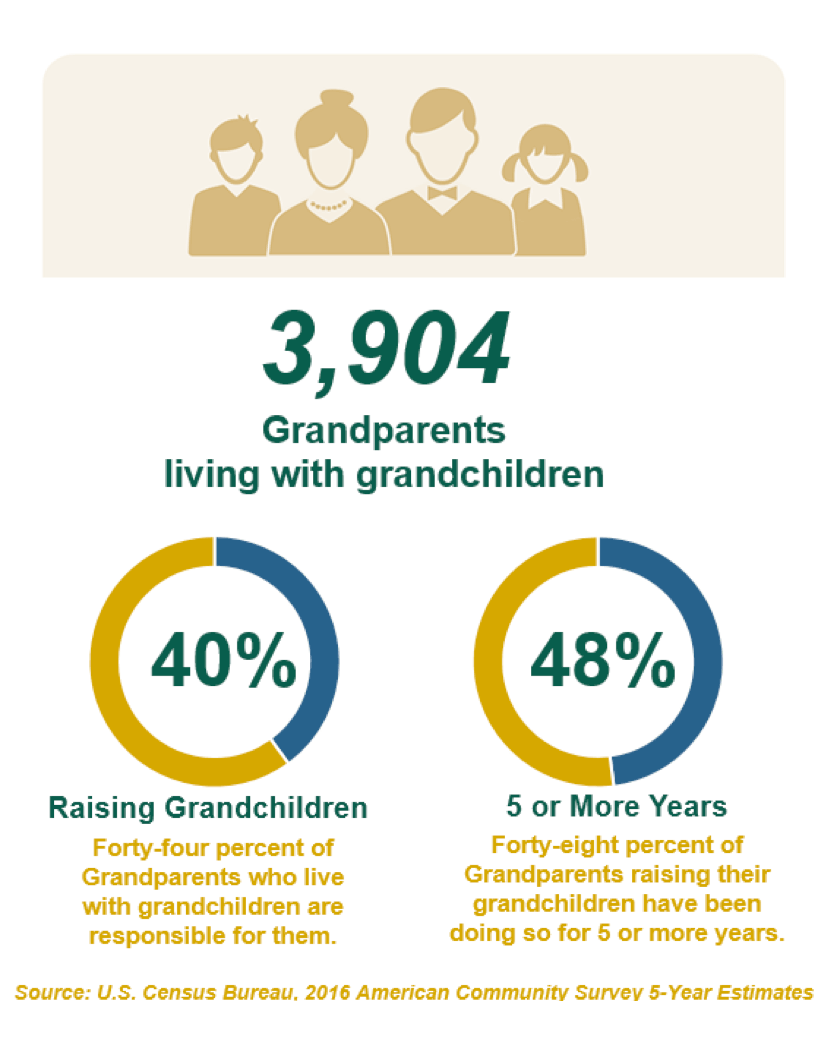 In each of the three Counties in the Region, the U.S. Census Bureau estimates that over half of the housing units are owner-occupied for all household sizes, and the majority of households include one or two people. 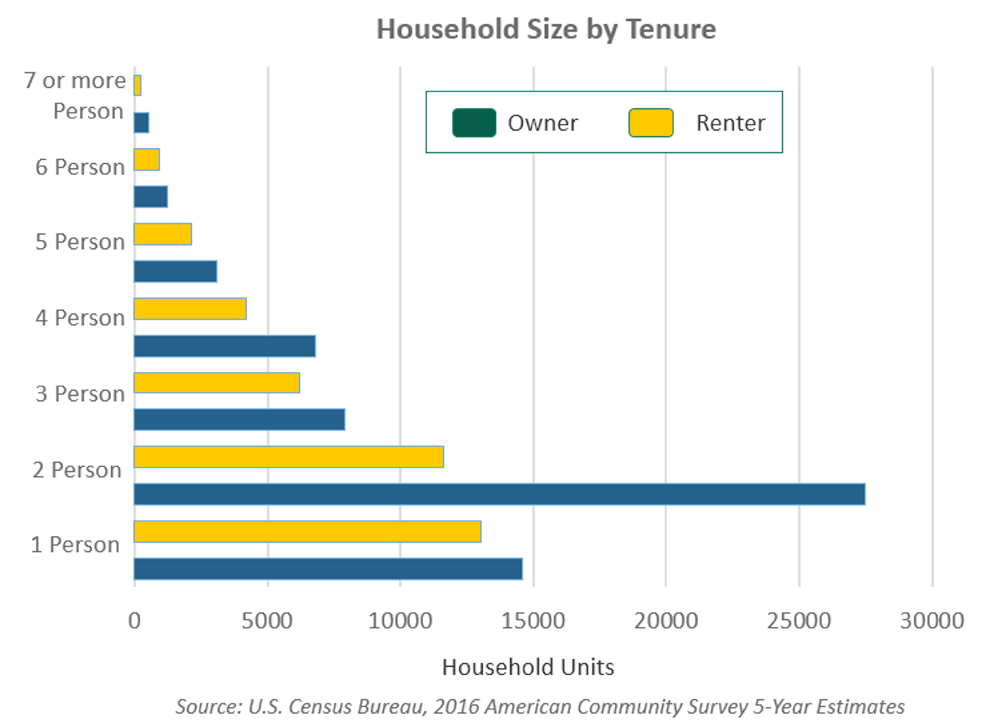 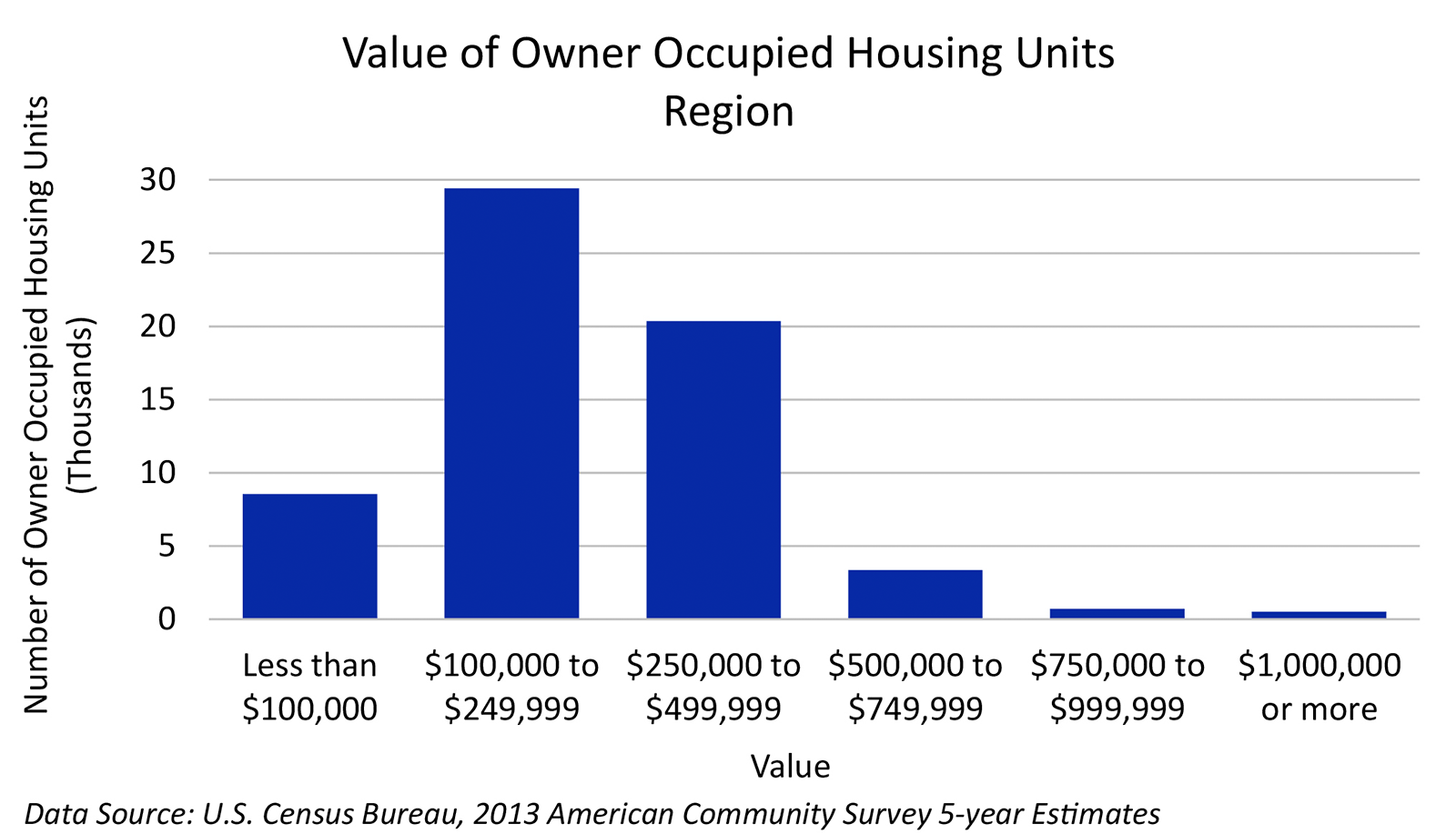 Residential property sales by taxlot during the past ten years are seen in the graphic below; specifically of note is the decline during the recession beginning in 2007 through 2009. Only one sale per taxlot was included per year and sales which did not represent market values were excluded.

The majority of housing vacancies in Benton and Linn Counties are for rent as residences, while the majority in Lincoln County are designated for “seasonal, recreational or occasional use.” 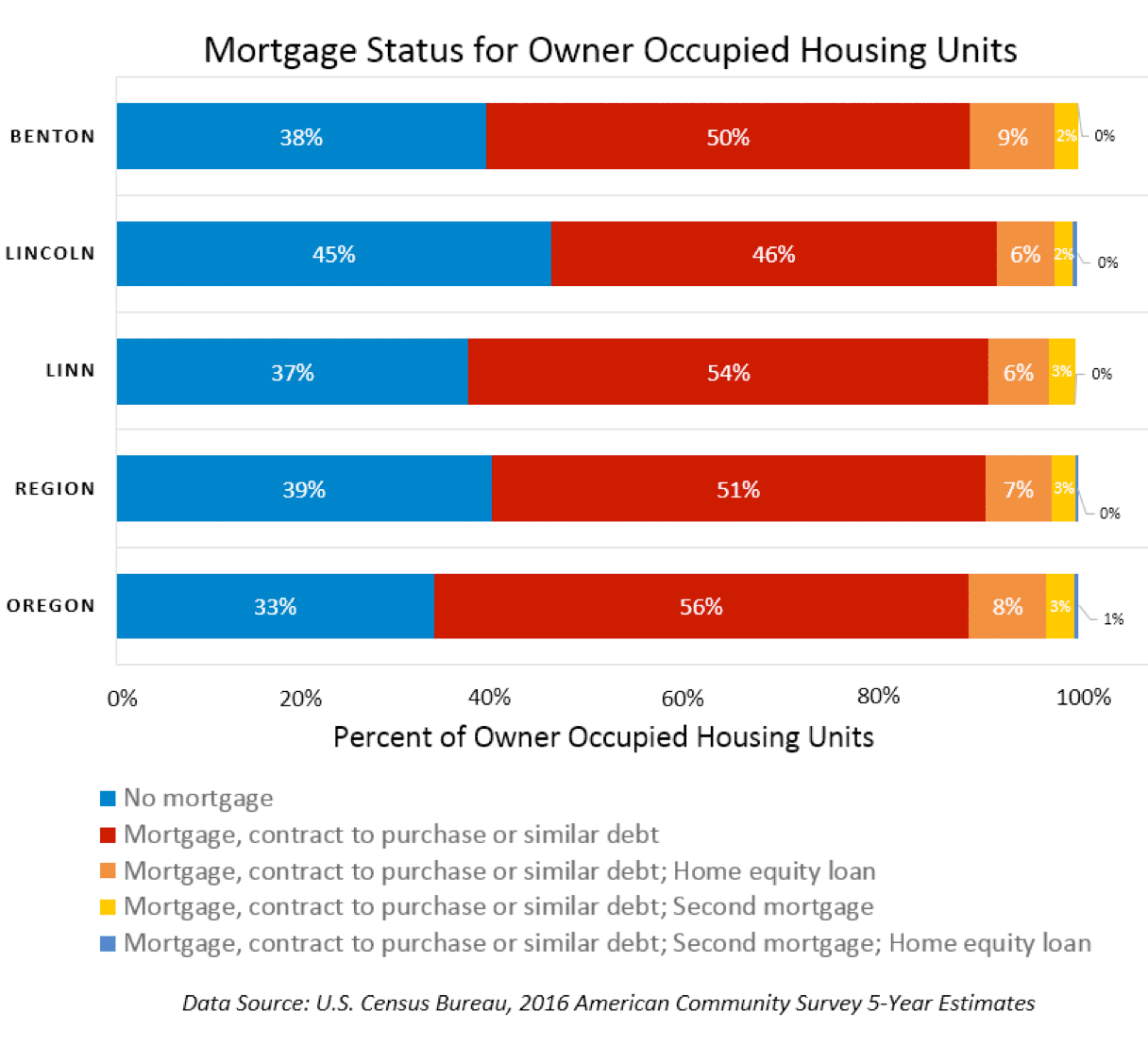 According to 2016 U.S. Census Bureau estimates, half of the vacant housing units in the Region are for seasonal, recreational, or occasional use. This likely indicates tourism-related use and second homes. For more information about tourism and housing in Lincoln County, see Tourism. 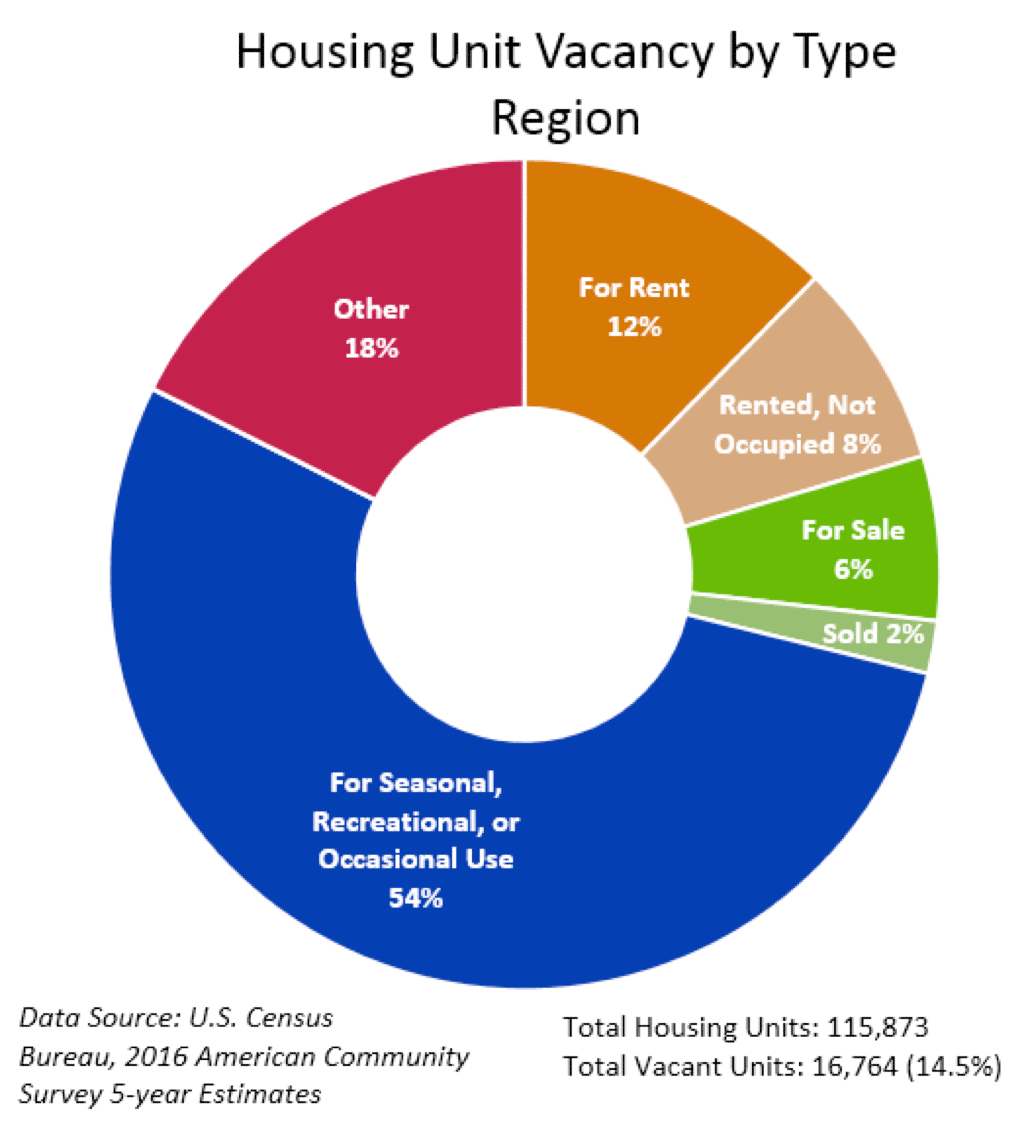 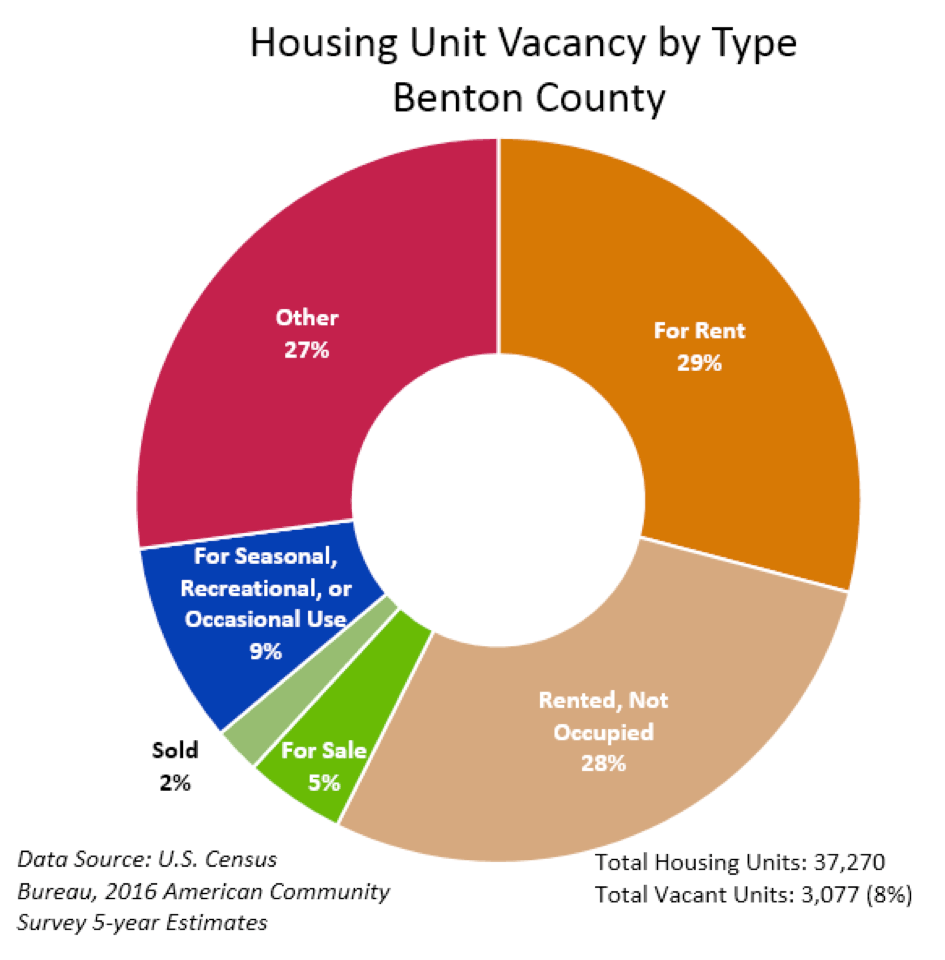 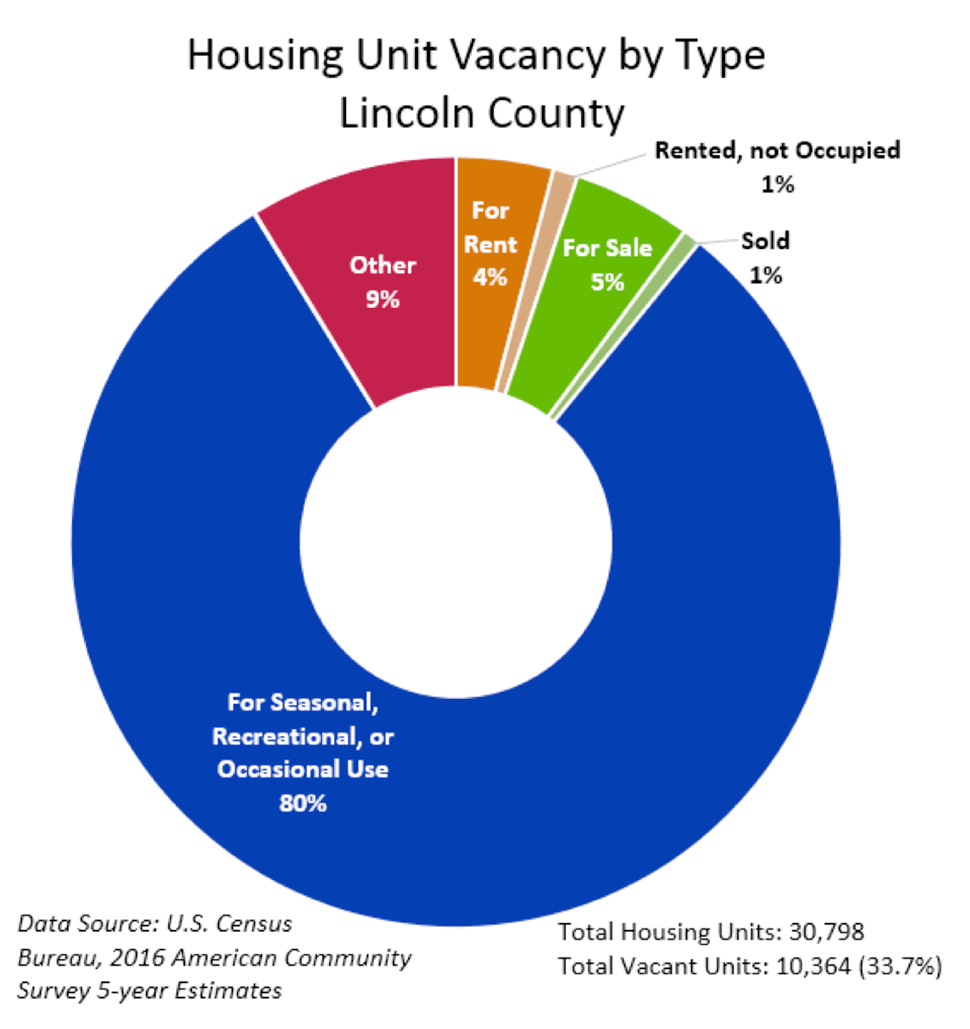 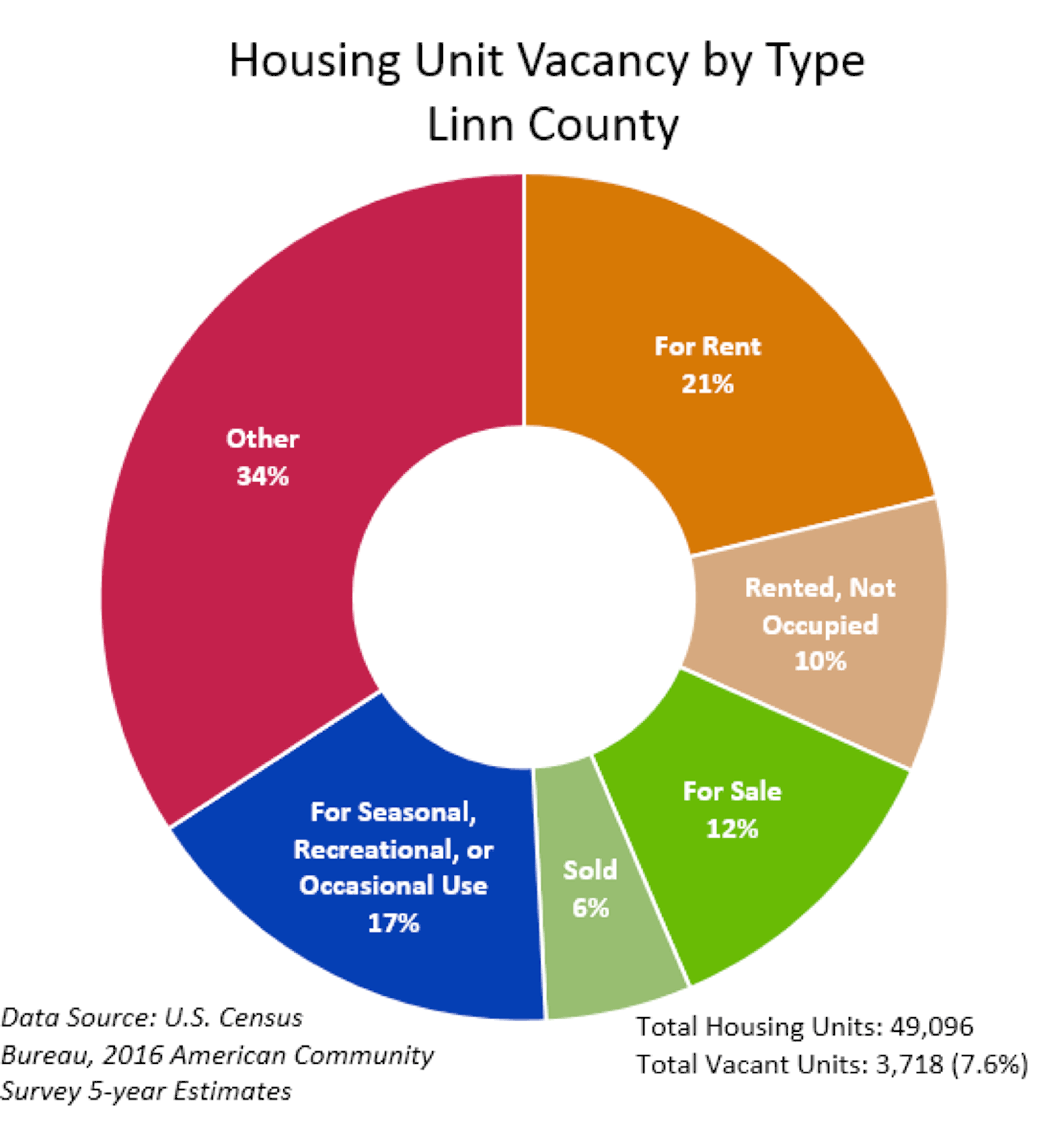