Our commute patterns, tourism, and commerce link the Region together. Transportation in the Region is characterized by Highways 20 and 34, Interstate 5, multiple rail links, robust trail networks, regional airports, and a commute and economic shed that runs both north-south and east-west. 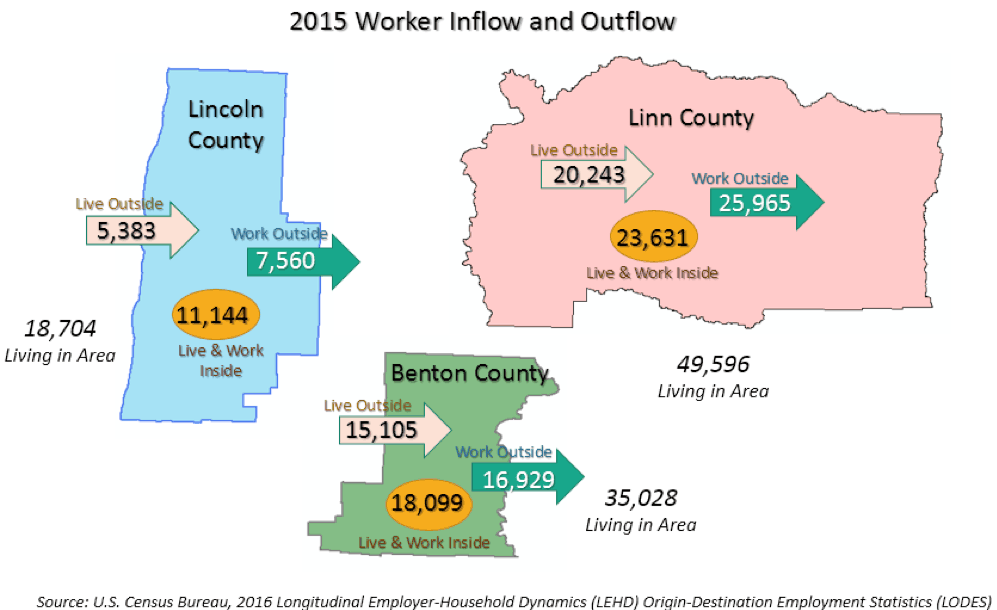 Commuters in the Region

Similar to most regions across the U.S., workers in the Region often live in different counties than where they work, creating both opportunities and challenges for regional transportation planning efforts. The U.S. Census Bureau’s 2016 estimates of commuting flows into and out of each County in the Region are depicted in the graphics above. 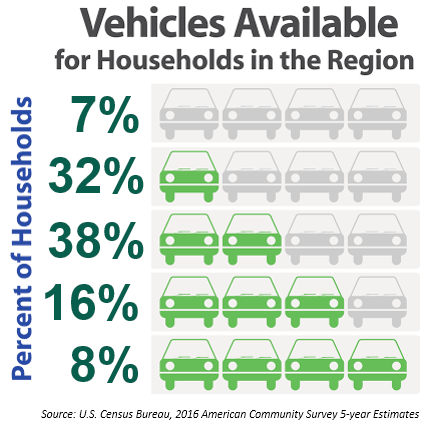 Commute Times and Modes in the Region

According to the U.S. Census Bureau, 75 percent of residents in the Region commute to work less than 30 minutes on average, compared to 71 percent Statewide with a similar commute. Also, an estimated 73 percent commute by single-occupant vehicle, slightly more than Statewide estimates.

The Region exceeds the State and nation in the percentage of commuters who walk or bike to work, but is below in the number of workers who rely on public transportation. 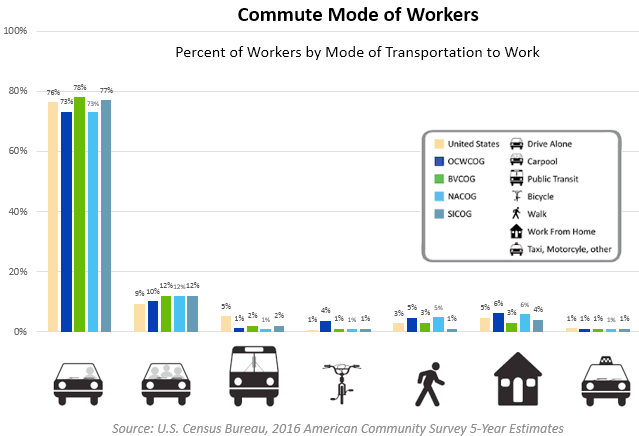 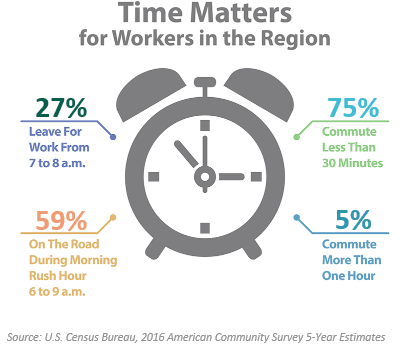 Our Region’s road network ties together commerce, tourism, and our workforce. According to Oregon Department of Transportation data, in 2016, the largest average daily volume of all vehicle types was on Interstate 5 (I-5), especially north of Albany where there are 50-70,000 vehicles daily. Other high-volume sections were on Highway 34 between Corvallis and I-5; Highway 101 in and around Lincoln City and Newport; Highway 99 in Albany; and Highway 20 in Albany and Lebanon. 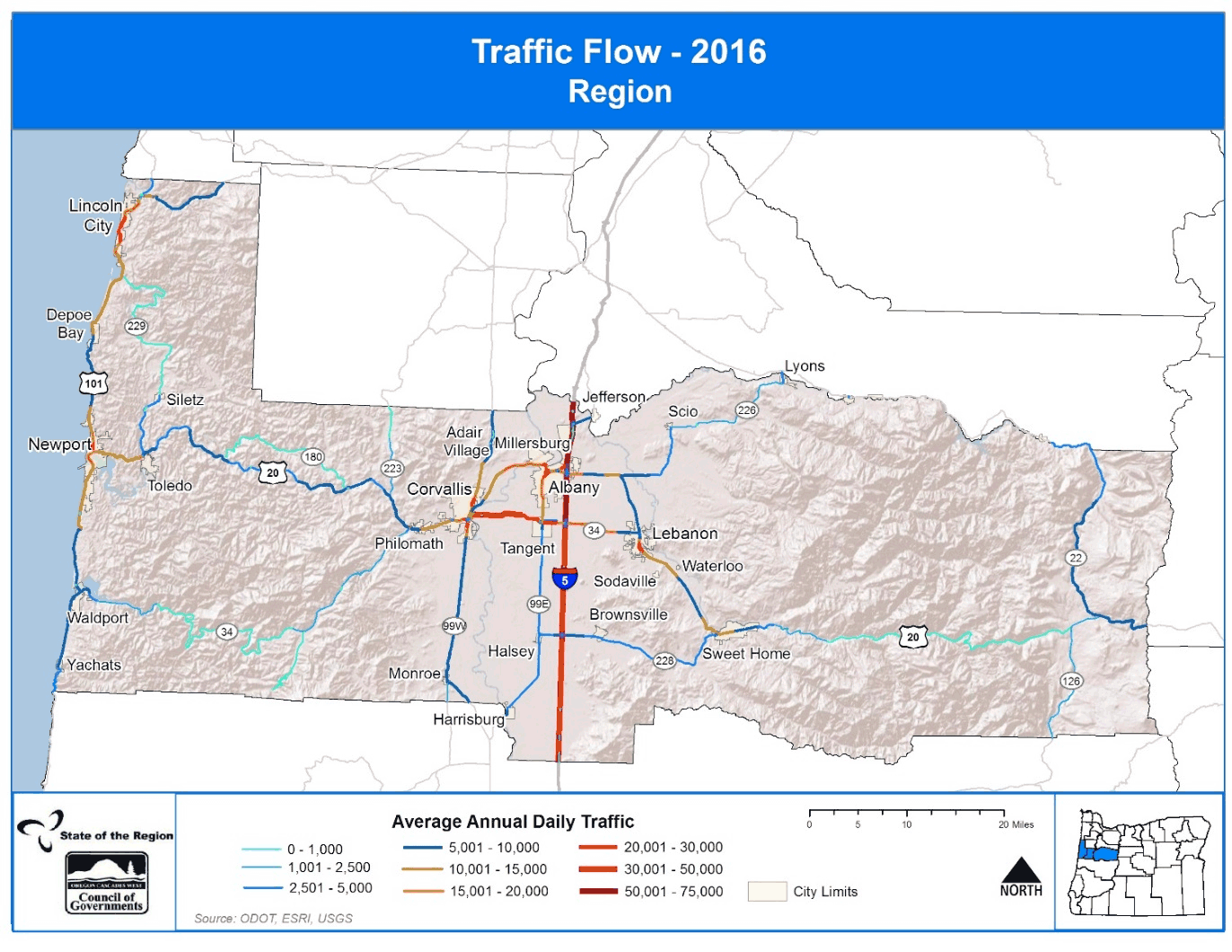 According to Oregon Department of Transportation, in 2016, the largest average daily annual traffic volume of trucks was on I-5, specifically north of Brownsville where there were more than 10,000 trucks daily. Another high volume section was Highway 34 from Corvallis to I-5. 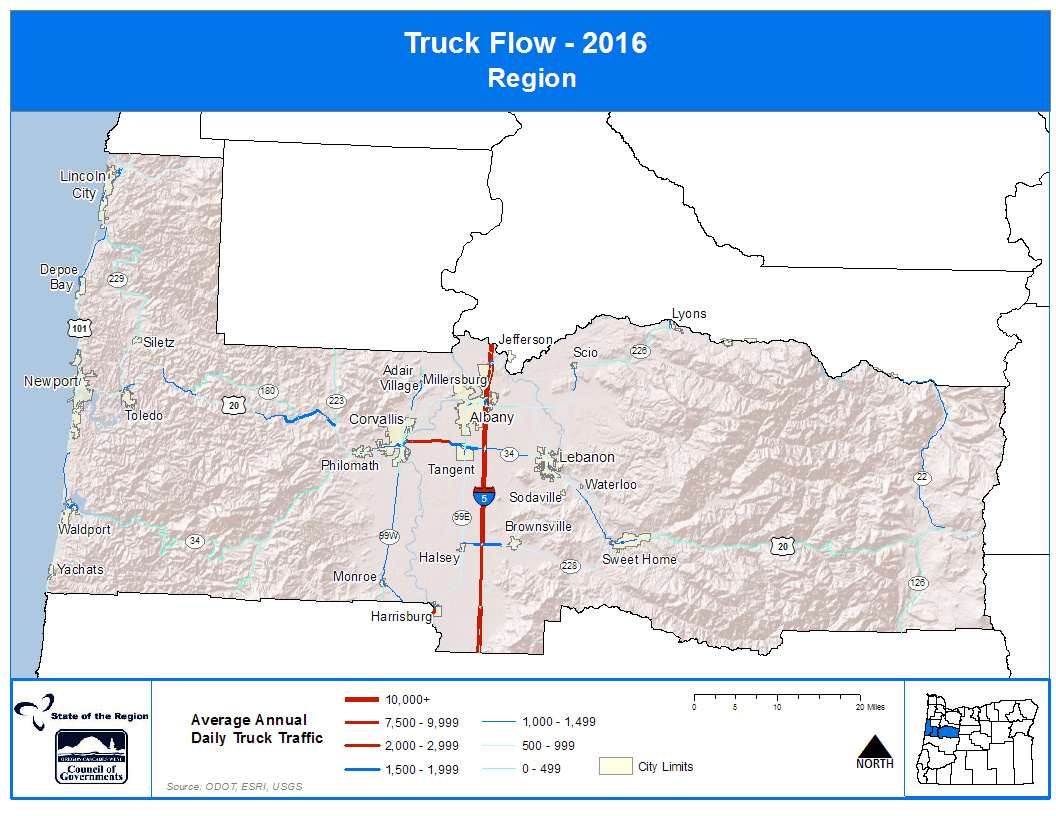 Transportation Modes in the Region

Transportation services in the region, including transit routes, rail, airports, and seaports are depicted in the map below in relation to population density across the region. It is important to note that the map does not take into account the capacity or frequency of transit services.

Rail Lines in the Region 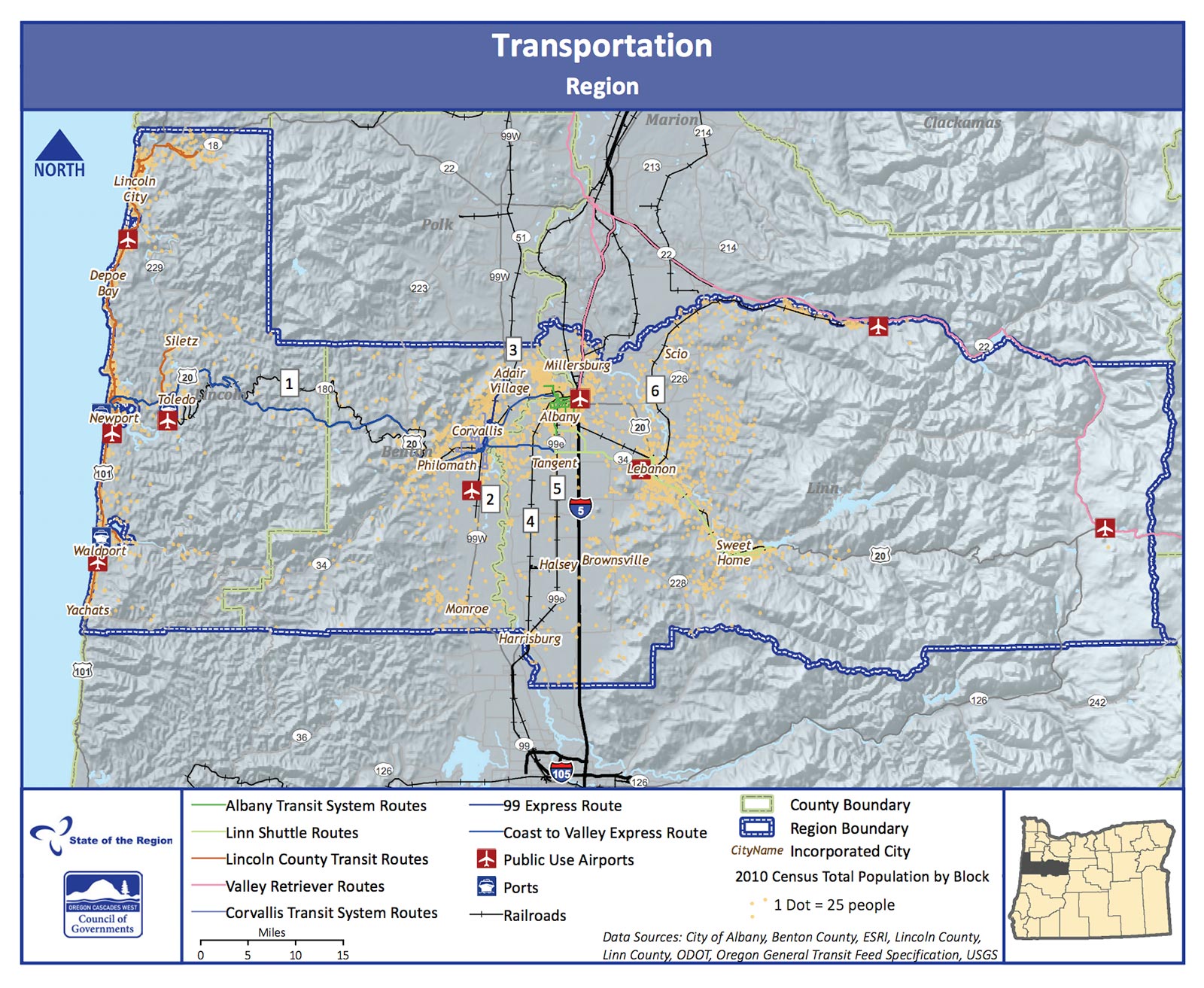 The table shows the economic impact of airports in the region. Most of our region’s residents live over 40 miles or more from the nearest major passenger airport, the Eugene Airport. Airports not only connect people, but also economies. 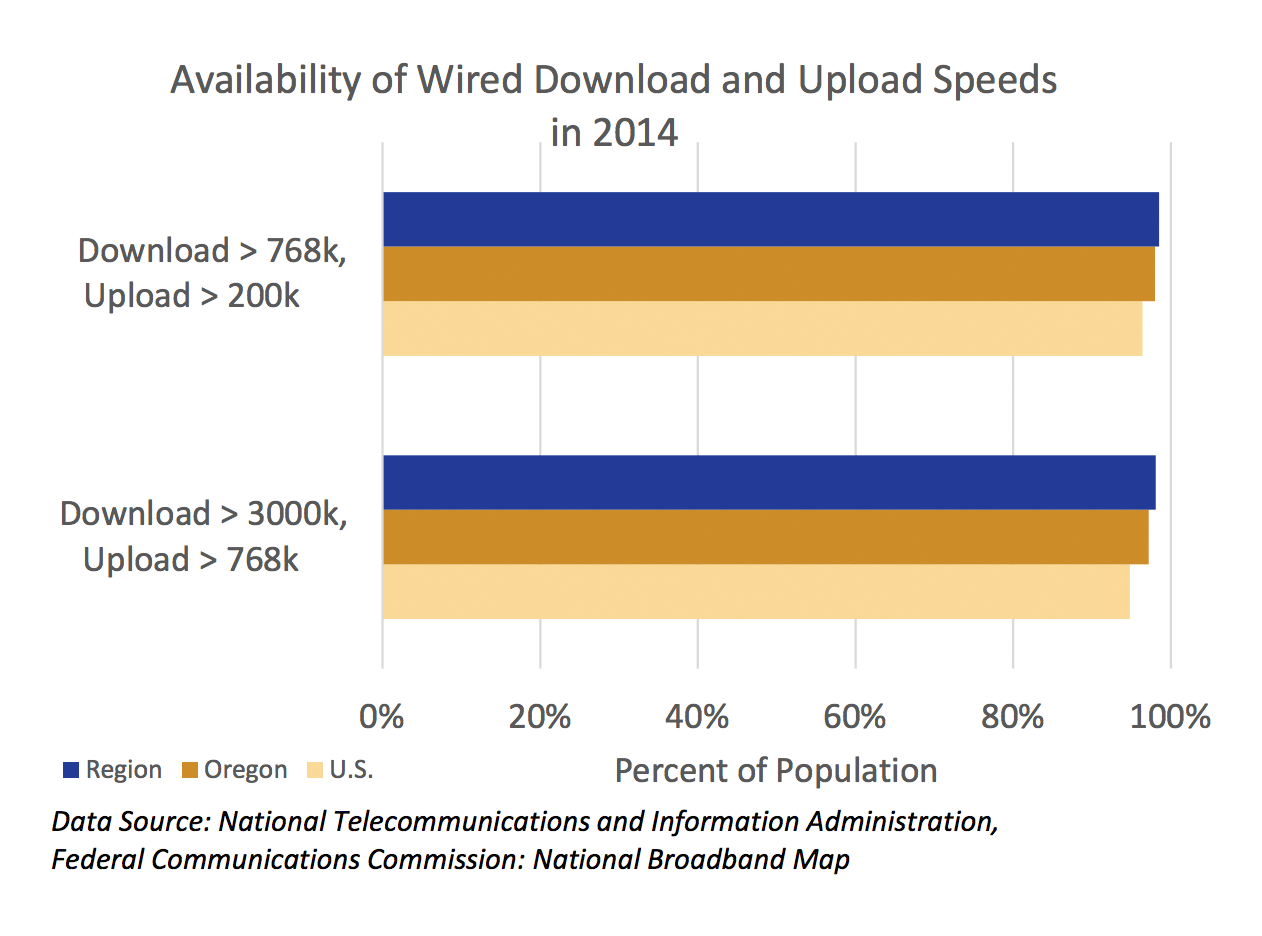